A couple months now into our Spring seeding and sprouting, and we are officially in the midst of Summer gardening… and it is OM!  Much of the garden this year was grown from seed and some fruit roots, with a few small berry shrubs thrown in for good measure.  We did see some returning plants from our first year, and things are coming along quite nicely – however, just a little slowly.

Everyone here says it’s been a wet season thus far, though even moving as we did from Texas last year, I find it has been very hot as well.  I will say, 85 degrees with 80% humidity really DOES feel like 105!  Now I understand why the farmers get up so early.

Even though the rain comes down about once a week or so (nice!), I still find myself watering almost daily to stave off the crispies and give the plants a bit of relief.  I hardly watered at all last summer – although maybe it just felt that way since I often had to water multiple times a day in Dallas.  I guess Mother Nature just gave me a housewarming present. ;)

Since it has been so hot and humid, it’s also been a little harder than I expected to really get out there and work.  I’ve also been concentrating on some larger landscaping projects, which has divided my time.  Last year, we had just a handful of weeks with these kind of temps and a late start to summer at that, so it’s been quite different this round.  I suppose after a few years, we’ll see what the average is really like.  I’m determined to become a Northern gardener yet!

So, today, thought I’d share a few pics of some of my progress, after starting seeds ’til now.

Here are my more mature sprouts before I put them in the garden, about mid-May to early June.  I cut water jugs in half and put drainage holes in the bottom to use as seed pots, and even used the top section by keeping the caps on and turning them upside down.  It worked!  On the other hand, I had poor luck with the brown cardboard-type seedling pots… It was nearly impossible to keep up with watering, as the seed starter dirt dried out very quickly and lots of those sprouts died.  Next year, it’s water jugs all the way. Lesson learned!

Once it was finally time to move these out to the garden, I was very relieved to be able to clean all of the dirt out of the nice room where I do yoga.  I feared the soil would never come out of the wood flooring, though thankfully it vacuumed up fine. Now I’m in the process of building a small greenhouse for my next seeding adventures.

Here’s the long view of the garden as it stands now.  There’s a lot of empty space, though several small pepper plants, tomatoes, and squash are scattered throughout, so I’m expecting it to fill up pretty soon.  I got myself an extending power saw to trim back the trees and give everything a bit more sun, especially over to the right… Feelin’ like a downright country girl at this point. ;)

The tiny, single rhubarb plant I put in last year came back strong.  It’s about 3-4 feet across now, and we’ve been taking full advantage with lots of baked rhubarb treats.  I’ve ordered another plant to put in this Fall so we can harvest even more next year… especially now that I’ve learned how to make jam.

On another note, my butter lettuce from last year self-seeded really well, and I have been giving it away all over town – we could barely keep up with eating it.  I never had a ton of luck with lettuces in Texas, so I really was not prepared for the bounty.  Now that I know it does so well here, I will plan for lots of salads in the Spring and early Summer!  I also just learned how to de-seed the lettuce myself from a youtube tutorial, so I’m in the process of doing that now.  I’ll have more control over the crop next year, and maybe be able to have a few rounds as well.

I’ve got some arugula starting now… hope it’s not too hot in July for it to thrive.  We shall see!

I like to mix strawberries into the more traditional landscaping, since they make such a pretty ground cover and are self-propagating. So easy and little maintenance, and they stay colorful through the winter – I just love when the leaves turn red.

I ordered and planted 50 more strawberry plant roots to add to the 15 or so plants I’d put in last year, using a few different varieties so there will be a constant supply.  Even with just the existing second-year plants, we’re now getting enough to eat a couple of strawberries each daily.  I’m hoping by next year I won’t have to buy any at all, including for making jam and baking – so exciting!

First Carrots from the Garden – Ever!

I tried to grow carrots last year, and literally nothing happened, so I didn’t hold out too much hope – especially since I’d been told carrots don’t grow well here due to the clay soil.  These carrots must have come from some overwintered seed that never made it out last summer, so they were a fun surprise.  The carrots were super cute and about 5 inches long, though a little soft.  I’ll have to figure that out and see what to do differently before I harvest the next round.

I picked up a couple of blueberry plants to add around the landscaping I’ve been developing around our hot tub and the new “pebble patio” I’ve been setting up at the back of our house. It had a very void feel back there, and formerly served as a full-time mud pit, so I’ve been filling it in with a combination of edible and decorative plants and flowers, like these pretty Peace roses.

Speaking of flowers, Ms. Penelope Growl just loves to sit in the calla lilies and gladiolis I planted… While she does look pretty, I may need to consider adding a bit of landscaping fence! You can see part of the pebble path I put in, though the bed is still basically grass.  I’m using a clear-as-I-go method… otherwise, the vast scale of my entire outdoor “project” for the summer was simply overwhelming.  At least this way, I make some progress!

I’ve employed this method for some of the vegetables as well.  After mapping out about 6 feet wider to expand the vegetable garden and add some more pebble paths along the entire side of the yard, I found tilling up the sod to be very difficult since it’s so dense, at least for my equipment.  Instead, and until I get the right set of circumstances to rent a big sod cutter, this is what it looks like in certain spots. You may call me crazy, but it’s working surprisingly well.. and it sure beats the thousands of dollars I’ve been quoted to get it cleared by a landscaping company.  DIY, y’all.

Here are some pumpkin and melon plants I put in from seed with this lawn gardening, un-clearing method. A couple weeks ago, I just threw some cucumber seeds in a blank patch near the front door this way too, and they’ve taken off like wildfire. I’ve got about 10 feet of vines there now, and lots of tiny cucumbers developing.  So hey, whatever works! ;)

That’s the update. By next time, we should have a pretty good harvest to report – so exciting!

What are your favorite unconventional gardening methods?  What tricks do you have for growing to save time and energy?  Would love to hear! 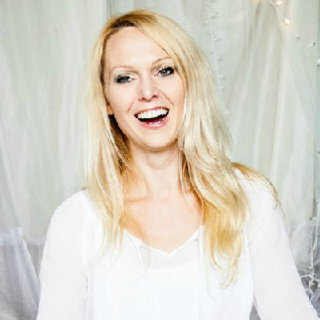